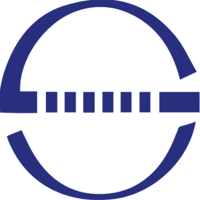 Open Systems Technologies At a Glance

Open Systems Technologies, founded in 1990, is an international staffing firm focused primarily on IT, though expanding into other industries. Roughly half their business is based on permanent placements and the other half in long-term consulting. Open Systems has been a Bullhorn customer since 2009.

Prior to adopting Bullhorn Canvas to augment its Bullhorn ATS & CRM, Open Systems was facing a significant problem: they couldn’t report at scale. Open Systems’ existing reporting system was difficult to access and often inaccurate. With only one employee with admin rights, there was only one point of contact across the entire business to run reports and answer questions. Reports couldn’t be customized based on individual needs or preferences, and the system wasn’t particularly user-friendly, making interpreting the data difficult.

Open Systems’ Director of Inbound Recruiting and Marketing, Radhika Arora, observed that “Before Canvas, there was no way for me to create, view, edit, or even see how a report was created. Even if our admin walked me through a report, I needed more time to figure it out because it just wasn’t user-friendly.”

Open Systems was one of the first adopters of Bullhorn Canvas when it was released in Beta, and the results were instantaneous. Not only could learning be shared across the company with multiple points of contact, but each department could also run their own independent reports. There was no longer a need for one individual with the entire knowledge base, and catching and solving errors became a much quicker process.

“Once you learn Canvas, everything else is easy to figure out,” Radhika said. “Across the company, people can run reports that are created for them and we’re not monopolizing one person’s time running reports and explaining the ‘why’ behind it.”

“Once you learn Canvas, everything else is easy to figure out. Across the company, people can run reports that are created for them and we’re not monopolizing one person’s time running reports and explaining the ‘why’ behind it.”
Radhika Arora Open Systems Technologies

Where Open Systems has found particular value from Bullhorn Canvas is through the ability to run clean up reports—an undertaking that has transitioned from several hours to several seconds. “We have 250,000 candidates and over 114,000 total jobs in our system with an average of 3,500 jobs open at any given time. If we’re not staying on top of it, we can easily fall behind on cleaning. With Canvas, we always stay on top of it,” Radhika said. This clean up report, alone, saves Open Systems up to $3,000 each year.

The benefits Open Systems realized through Bullhorn Canvas continue far past clean up reports; “Today, we’re running reports on anything and everything—it’s so easy. Canvas gives you access to every single piece of data that’s in your Bullhorn system, which makes it easy to find information—even if it’s not explicitly stated within the requirements,” Radhika said.

Open Systems is even able to create ad hoc reports for cross-module data, which was never possible before Canvas. Today, Radhika and her colleagues can do this in an instant.