UK Recruitment Trends Before and After Brexit Part I: Firms See Opportunity in Their Biggest Challenge

Despite sweeping forecasts of uncertainty for the UK recruitment industry since the UK voted to leave the EU in June, the future is looking bright for agencies across all industries.

It appears previous predictions were unfounded, as agencies are generally optimistic about the challenges of the coming years and their ability to meet those challenges with their own expertise and useful technology tools.

Bullhorn surveyed over 300 UK and mainland Europe recruitment firms both before and after Brexit. We learned how UK firms are responding to the current Brexit negotiations.

After an overwhelming survey response from recruitment agencies (including everyone from CEOs to consultants),  it appears that after Brexit, the sense of optimism surrounding the industry has actually increased.

Within the next 2 years, most firms:

In both the pre- and post-Brexit surveys, recruitment pros’ responses suggest the biggest challenge on people’s minds is identifying qualified candidates and dealing with skill shortages (a trend we’ve observed globally for many years). At the same time, this very challenge also represents the biggest source of opportunity for recruitment agencies, if they can keep up and compete with the demand for skilled workers. This also means good news for niche recruitment agencies.

Here are three trends we found:

1. Challenge: The Search for Talent

The data shows what you’ve probably experienced yourself: There’s a shortage of skilled candidates across all industries, and it’s a challenge to find the right people to fill positions. In the pre-Brexit poll, 83 percent of respondents said there was a shortage of skilled candidates in the sector they recruit for. And many indicated they expect that challenge to remain for some time: In the post-Brexit poll, 65 percent of respondents said they expect a skilled-candidate shortage to persist in their sectors over the next two years.

Both surveys found respondents to be generally optimistic about the challenges they face, possibly indicating confidence in their own skills for finding the candidates their clients need. In the post-Brexit survey, 36 percent of respondents said the shortage of specialist skills is the industry trend that represents the greatest opportunity for agency growth over the next two years. A quarter said that a lack of candidates is their greatest opportunity for growth.

Technology will continue to be important for agencies to meet these challenges and deliver results to clients. Many respondents recognised the important role technology plays in taking advantage of opportunities in the market. In the post-Brexit survey, 19 percent of respondents said that new technology — such as improved CRM platforms and sales automation — represent the greatest opportunity for agency growth, while 17 percent said social media has the greatest potential.

Most agencies already use a CRM system for candidate management; the pre-Brexit poll found that 82 percent have used one, while 17 percent do not. In the post-Brexit poll, 78 percent said they plan to use one in the next two years, while 13 percent said they were unsure.

Learn more about how leading recruitment are using modern technology to grow their businesses.

If you enjoyed this post and want to learn more, take a look at our other two instalments of UK recruitment trends: 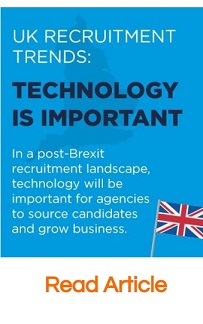 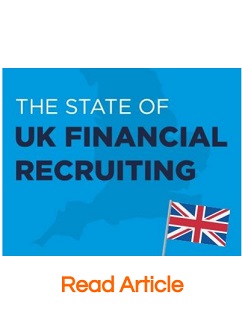 Learn more about Bullhorn's brand refresh, including how and why we're updating and reinvigorating our styles, assets, and approaches.

The 5 Benefits of Salesforce

The 5 Benefits of Salesforce