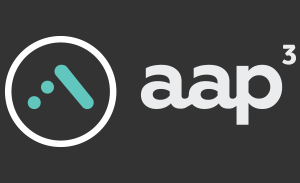 aap3 Recruitment At a Glance

aap3 Recruitment was founded in 1998 as a specialist IT recruiter based in Southampton, England. The company experienced rapid growth, quickly expanding into the USA, with offices in San Jose, California, and Cary, North Carolina. Today they provide recruitment and managed services to clients across the UK, Europe, and North America.

Bullhorn caught up with Darren Weeks, UK Recruitment Operations Manager of aap3 Recruitment, to explore how partnering with the world’s leading recruitment software has contributed to its success. Prior to Bullhorn, aap3 Recruitment was using an ATS riddled with problems. It was far from user friendly and, as Darren commented “putting data into it was fine, but it was a little bit like witchcraft trying to work out how to get things back out of it. So, no one used it.” Additionally, it was hosted on in-house servers which resulted in data being lost on a couple of occasions. The team decided that it needed to find a platform that could support its growth plans rather than impede them. It was looking for something that was scalable so that as the company grew, the system would too. It was also important to find a cloud-based system given the previous data losses and one that enabled customisation. As Darren commented, “we wanted something where we didn’t just have to take what came out of a tin and accept it for what is was, we wanted to be able to change it, to make it work for the business.”

Darren and his team soon realised that Bullhorn ATS & CRM was the best choice. In fact, aap3 Recruitment’s US operation was already a client and after seeing how the team was using it, how flexible it was, and how it was contributing to the company’s success, it was a fairly easy decision. And the team has been particularly impressed with Bullhorn’s ease of use, the training provided, and the flexibility of the system. A number of aap3 Recruitment’s veteran consultants have even said they wished they had been given access to a platform like Bullhorn in their previous roles.

“We’ve got recruiters who have been in the industry for 25 years who have said ‘I wish I had this at my last three companies, it’s just brilliant.’”
Darren Weeks aap3 Recruitment

“We’ve got recruiters who have been in the industry for 25 years who have said ‘I wish I had this at my last three companies, it’s just brilliant.’”

Bullhorn ATS & CRM had an immediate impact on how aap3 Recruitment was able to differentiate itself from its competition, allowing the team to substantially improve the client experience. “It’s a tool that we’re actually proud to talk to our clients about”. The ability to go into a client meeting and show them suitable candidates, there and then, has been a real benefit, and something that they “are really impressed with”. aap3 Recruitment also believes the integration with third-party systems within the marketplace is a real plus as “recruiters can now handle timesheet queries because they can see them within the system” which substantially reduces the time spent dealing with queries.

Darren also noted that the ability to find candidates has increased exponentially since using Bullhorn. However, it has also “given us much better control over the candidate experience”, which he attributes to the platform’s ability to track each candidate’s journey and, crucially, where they are in the application stage so feedback can always be given. And unlike the incumbent system, Bullhorn has enabled recruiters to source alternative positions for applicants who have been unsuccessful in a particular role. “The problem was you would get a similar role and in the old system, you couldn’t find the candidate again…with Bullhorn it’s very easy to go back in and have another conversation with them”.

aap3 Recruitment has impressive growth plans over the next couple of years–both in terms of headcount and the sectors in which it operates. The company has already taken advantage of many of Bullhorn’s integrations—such as the VMS automation and Bullhorn Canvas—so it doesn’t currently plan on adding to this, however, it will certainly be looking to secure new licenses to accommodate its ambitious growth strategy. And it will ensure that the team is making the best use of Bullhorn’s continual evolution to guarantee that it’s always one step ahead of its competition and offering clients and candidates a superior service.