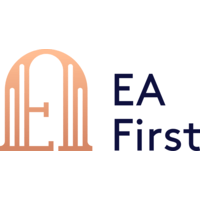 In the Midst of a Pandemic, EA First Finds a Partnership with Bullhorn

EA First At a Glance

EA First, headquartered in Cambridge, England, specialises in permanent and temporary positions across all sectors and industries including Pharma, Technology, Manufacturing, FMCG, Financial Services, Not-for-profit, and the Public Sector. Founded by David McGarry, a career recruiter who struck out on his own in 2019, EA First experienced almost immediate success—growing from two to seven people within the first few months, alone.

When David founded EA First, he was looking for a simple solution to run his business. On a recommendation, he adopted Vincere as his CRM solution but almost immediately found the solution lacking in several key areas, specifically its support and software bugs.

“Within the first month, I realised I didn’t really like Vincere and wanted to move away.”
David McGarry EA First

Starting a new business is difficult and it’s important to choose a solution that helps you get up to speed as quickly as possible. Any time spent coordinating support or looking for information is time away from valuable activities. “When you’re a new business, it’s quite nice to be able to quickly get answers”, David explained. But often, David’s inquiries resulted in several days of back-and-forth emails with Vincere support with no resolution. “You couldn’t ever talk to anyone, really. I just gave up”, he said.

David was also finding that a small number of CVs were being corrupted in Vincere’s system, resulting in the team having to ask candidates for a new copy of their CV. Further, bugs in the Candidate List View meant candidates appeared to be duplicated several times over.

With his Vincere contract expiring in early 2020, David was vetting a handful of CRM solutions when he attended the London Recruitment Agency Expo. As well as wanting to up-level his technology, it was after forging a personal connection with a Bullhorn representative that David realized how critical support is—ultimately making the decision to jump to Bullhorn ATS & CRM and Marketplace Partner CloudCall then and there. EA First had already invested in Broadbean, another Marketplace Partner, prior to moving to Bullhorn.

Partnership through a pandemic

With a new tech stack in place, David had his sights set on growing to ten heads when COVID-19 hit the UK in March, effectively lowering EA First’s headcount and dropping revenue by 83%. Needless to say, the pandemic forced David to put his plans for growth on hold. David explained that under current circumstances, it’s been difficult to work with his current vendors, but he’s had a great experience with the support he’s received from the Bullhorn team. “Bullhorn is the best supplier of all the suppliers I’ve had”, David shared, adding that “Bullhorn made the effort to listen and to help businesses in need. The way Bullhorn has gone about it has shown that Bullhorn are a standout supplier with the right ethics and morals trying to do the right thing and help people the best it can”.

“As a small business, the biggest thing is that you actually have someone on the phone that always picks up so I can sort things out. It’s a speed that was impossible with Vincere”.
David McGarry EA First

For David, who isn’t just the founder of EA First, but a recruiter as well, his time is incredibly important. “‘Time is money’ is a real thing for recruiters, and when I used to spend hours wasting time, or just giving up, or worrying about things with Vincere, it would then play on my mind”, he said. “Wondering how many CVs we’re losing, or how to do something, or that I can’t be bothered to go back and forth and back and forth. I cannot understate how massively fantastic it is that there is someone I can actually talk to with Bullhorn. My downtime from doing non-money-making activities is minimal because I’ve got someone who picks up the phone within a few minutes to tell me what to do. And then the problem is solved or the solution is found. And that saved time—especially right now—is a massive, massive thing”.

“I cannot understate how massively fantastic it is that there is someone I can actually talk to. My downtime from doing non-money-making activities is minimal because I’ve got someone that picks up the phone within a few minutes to tell me what to do”.
David McGarry EA First

One of David’s favourite things about Bullhorn, and a major selling point for EA First during the buying process, is the access to Marketplace Partners—specifically VOIP provider CloudCall. “The Cloudcall integration is great, it’s definitely saving us time not having to copy and paste a phone number from records into a softphone”, he said. “When someone calls us, it brings up the Bullhorn record and opens up the box to enter notes. Now, there’s no reason not to leave notes on a file”.

“When someone calls us, it brings up the Bullhorn record and opens up the box to enter notes. Now, there’s no reason not to leave notes on a file”.
David McGarry EA First

David added that recruiters often neglect to add notes on candidate records, and the ease with which recruiters can now do so ultimately helps the company from a KPI perspective by tracking recruiter activity.

While the COVID-19 pandemic was the last thing EA First needed in its nascency, as the industry begins to normalise, David will no doubt find success on the other side for his growing company. “If you can get through this, you can get through anything,” he shared.