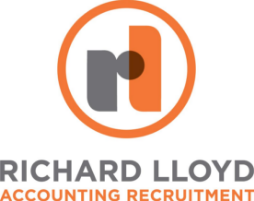 Richard Lloyd At a Glance

Richard Lloyd is a premier finance and accounting recruitment agency with over 50 collective years of experience within its team. Founded in 2008 in Sydney, Australia, Richard Lloyd has garnered a reputation for being a top-of-mind agency with an unrivaled ability to consistently find the right candidate for the right position. The Richard Lloyd team prides itself on its second-to-none customer service, receiving rave reviews from its clientele.

In February of 2015, Richard Lloyd found itself in the midst of substantial operational growth and decided it was time to invest in the right software solution to meet its new requirements, fuel further growth, and see the business well into the future. Outstanding customer service has always been a key mantra for Richard Lloyd, so finding a provider with the same mindset was crucial. We caught up with Operations Manager Linda Balmer to discuss the Richard Lloyd journey and how the management team went about choosing its new recruitment software suite.

Linda and her executive team wanted to find an effective software solution, but also one that the whole team could count on to be stable and, above all, usable. Although Richard Lloyd’s previous software solution wasn’t broken, it often left the company’s recruiters confused and frustrated. The ability to work on the move was also a key factor which would provide an edge in the ever-competitive Australian recruitment landscape. “Our previous solution was adequate for a time but we were really only using 20% of the functionality,” Balmer commented. “We weren’t able to do simple things such as customizing the user interface, moving fields and screens, or setting up our own templates.”

Richard Lloyd considered a handful of providers in its search for the right solution, but it didn’t take long to find that many could not match their initial marketing claims, and often were also not truly mobile solutions. Bullhorn stood out because of its evident focus on development in not only recruitment software, but also within the mobile recruiting space. Bullhorn’s innate adaptability was another key selling point, and the ability to change the user interface to fit individual preference was an unexpected benefit that really stood out. “We considered a number of providers alongside Bullhorn,” said Balmer, “but it didn’t take much research to find out that the alternatives had a variety of little issues that really killed the trust factor for us or couldn’t provide the true mobility we were looking for.”

Despite only having had Bullhorn for a short period of time, Richard Lloyd is already noticing dramatic improvements in its day-to-day operations. Since implementation, Richard Lloyd has removed double handling and dramatically improved overall organizational synchrony. Administrative work has become much more efficient, with Bullhorn’s intuitive integrations significantly reducing the resources required to keep all records up to date. Bullhorn’s reporting and management features have also proven to be a momentous time saver, giving Linda detailed information into her team’s tasks, activities, and performance. Overall productivity has also taken a significant upturn as Bullhorn has brought the Richard Lloyd team together in the cloud and helped keep everyone mobile and effective. “Managing our employees is now so much easier, I’m always up to date with how everyone in my team is tracking against their targets, and reporting is instant. Before Bullhorn, this was a daily grind!”

Although Bullhorn’s relationship with Richard Lloyd is still in its early stages, the foundations of longevity have been well and truly established. The future looks promising for Richard Lloyd, and the APAC Bullhorn team is excited to be involved with such a professional organization that shares its passion for customer service. “Everyone I’ve had the pleasure of dealing with at Bullhorn has been nothing short of extremely professional, helpful, and empathetic,” said Balmer. “I have no problem stating that I’ve never dealt with any other customer support team that has been as good.”