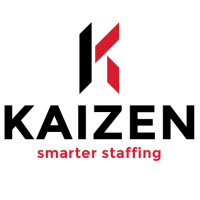 Kaizen Resources At a Glance

Founded in 2016, Kaizen Resources is a national recruiting firm specializing in contract and permanent placements in the IT industry, including software development, network/system infrastructure, and consulting services. Kaizen Resources services companies across the board, from startups to national corporations. Kaizen Resources has been a Bullhorn customer since 2016.

When Logan Hernandez left his job to found Kaizen Resources, he had one thing in mind: Finding the perfect ATS & CRM for his growing business. In his previous job, Logan’s firm adopted software most commonly used in corporate recruiting, ultimately causing a divide between management and recruiters who didn’t want to use the system. Despite signing a year-long deal, the team abandoned the software after only two months. To avoid a similar situation, Logan did his homework in selecting an ATS & CRM for his new company. “I looked at just about every product: ZoHo, Jobvite, Akken—Bullhorn was clearly the best product. It just made sense,” Logan said.

“I looked at just about every product: ZoHo, Jobvite, Akken—Bullhorn was clearly the best product. It just made sense.”
Logan Hernandez Kaizen Resources

According to Logan, picking up Bullhorn ATS & CRM was so simple it only took a matter of days. Whereas the lack of buy-in for his previous ATS/CRM resulted in a lack of notes and submittals being logged, at Kaizen Resources everyone was comfortable using the Bullhorn system. “At my previous company, we were at the point of having two submittals logged a week out of 35 recruiters. With Bullhorn, the whole process is simpler.” Even as Logan brings new employees into Kaizen Resources, they’ve been able to adopt the Bullhorn system with ease, ensuring that all activity and notes are being captured in the system.

The biggest differentiator between Bullhorn and other products that Logan assessed was the sheer amount of time Bullhorn saves his team. Logan estimates that Bullhorn saves each Kaizen Resources employee at least two hours of work each day—or over 500 hours a year. “Bullhorn’s automatic data capture is great,” said Logan, “because having a candidate in the system with all notes and email conversations in one place is so convenient and accessible.” Among his favorite Bullhorn features is the tearsheet function, which makes it incredibly simple for Logan to organize candidates into lists for outreach. “I can create tearsheets while I’m on the phone with someone—it’s literally two clicks and I’m there,” Logan says. Similarly, Bullhorn’s pin functionality allows Logan to focus on the candidates that need to be followed up with each day, as opposed to manually inputting calendar reminders for each one. Additionally, creating a new role, Logan said, only takes seconds.

Since adopting Bullhorn, Logan has experienced a new level of confidence with his recruiting software. “The ease of use, pricing, everything about it makes Bullhorn the right product for me,” Logan says. Despite exploring every other tool on the market, Logan rests assured that Bullhorn is the perfect fit for his growing company; “I love the product, I’m using it indefinitely.”

“The ease of use, pricing, everything about it makes Bullhorn the right product for me.”
Logan Hernandez Kaizen Resources