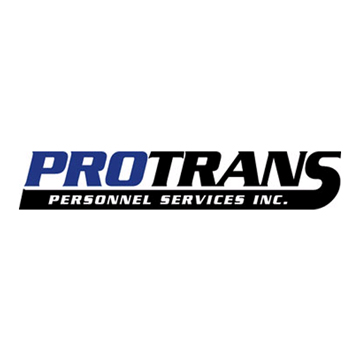 Protrans Personnel Services At a Glance

For over 20 years, Protrans Personnel Service has provided placement for temporary and contract positions. Based in Dieppe, New Brunswick, and serving customers throughout Eastern Canada and upstate NY, Protrans got its start in the transportation industry by placing professional drivers. In the years since, they have expanded to support the warehousing/distribution, construction, and administrative industries as well.

Prior to using Bullhorn, Protrans was using an in-home system of spreadsheets and databases. As the business continued to grow into new fields, Protrans leadership quickly realized that the system could no longer sustain the current volume of data. After making an acquisition in 2012 they knew it was time to upgrade. David Fardy, General Manager at Protrans, and team established the following priorities when searching. The system needed to:

They narrowed their options down to three possibilities and Bullhorn quickly became the frontrunner. David cited Bullhorn’s experience with other Canada-based companies, as well as their great reputation, intuitiveness, commitment to support, and flexibility as the tipping points that lifted them above the competition.

Protrans Doubles Down with Bullhorn

Since implementing in late 2012, Protrans continues to experience growth, but finds it more manageable with Bullhorn. Protrans’ staff has never been more productive. One recruiter on the team said “I have no idea how I did my job before Bullhorn!”

David credits Bullhorn as being a significant support factor in Protrans’ ongoing success by providing transparency into the team’s activities. “Bullhorn allows you to monitor the team. As a result, we can help those who need it and recognize those who are high achievers.” Bullhorn also enabled the Protrans team to align objectives and activities, leading to improved morale and an increase of 30% in overall efficiency.

In just 4 years, the partnership between Protrans Personnel Service and Bullhorn has yielded incredible results. The team is excited to look towards the future. One possibility they are considering is adopting Bullhorn’s Onboarding solution, citing that it would “pay for itself.” The team is also looking forward to expanded reporting features within Bullhorn, and partnering with more Marketplace partners. When discussing the future David said, “We’re determined to grow and as we grow, Bullhorn will grow with us.”